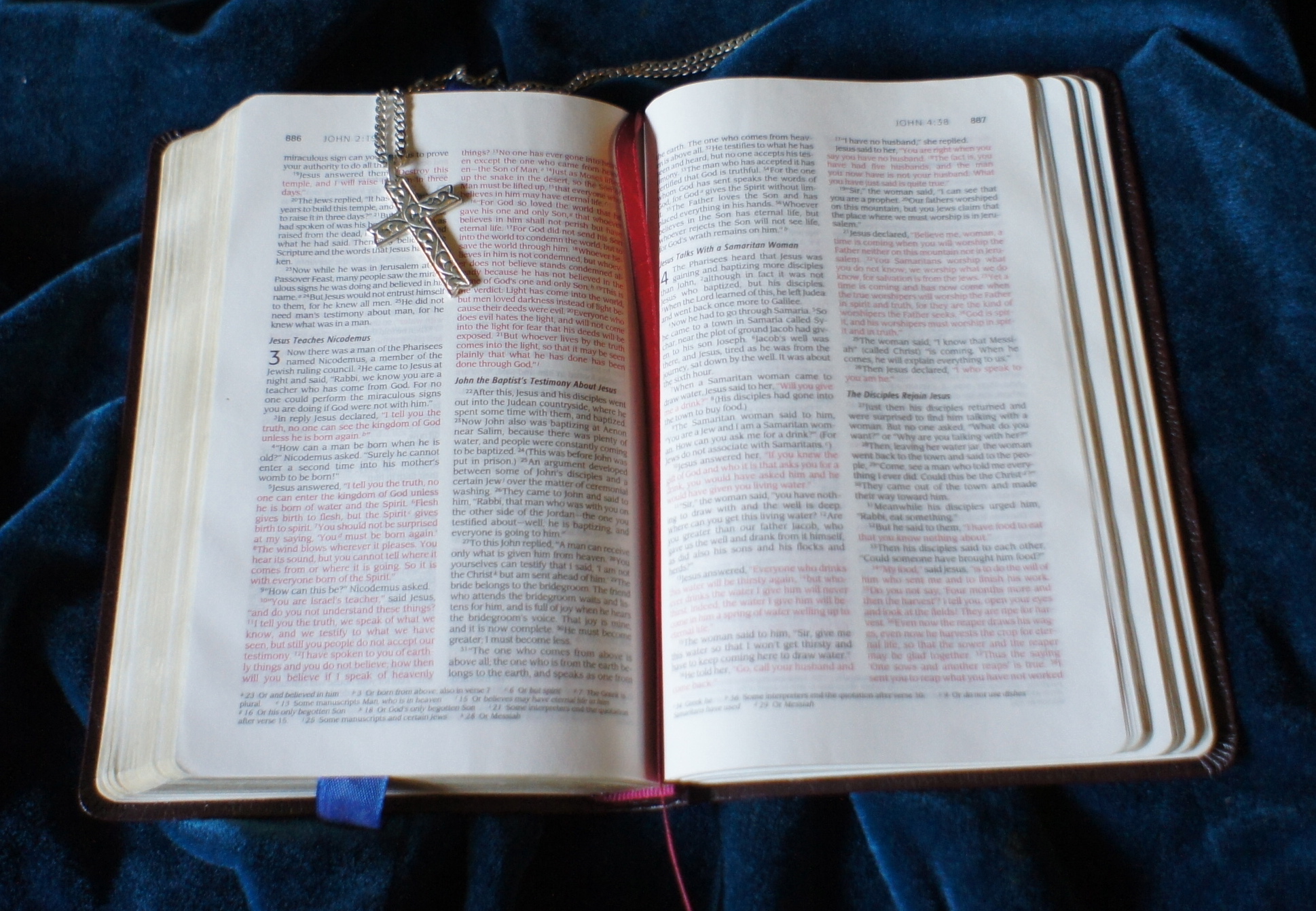 Climate Justice:  What does God require of us?

The Rich and the Kingdom of God

17 As Jesus started on his way, a man ran up to him and fell on his knees before him. “Good teacher,” he asked, “what must I do to inherit eternal life?”

21 Jesus looked at him and loved him. “One thing you lack,” he said. “Go, sell everything you have and give to the poor, and you will have treasure in heaven. Then come, follow me.”

22 At this the man’s face fell. He went away sad, because he had great wealth.

23 Jesus looked around and said to his disciples, “How hard it is for the rich to enter the kingdom of God!”

26 The disciples were even more amazed, and said to each other, “Who then can be saved?”

27 Jesus looked at them and said, “With man this is impossible, but not with God; all things are possible with God.”

What do you make of him, this rich, young man, we’ve just been hearing about?  His encounter with Jesus must have caused quite a stir among the disciples, because it is recorded in three of the gospels.

Maybe we have little sympathy with him.  I mean, he was young and rich. I imagine he was probably good-looking too.  Not the easiest combination to have sympathy with.

Did you hear how he replied when Jesus recited the commandments to him?  ‘Teacher, I have kept all these since my youth.’!  That’s a pretty bold claim.  I’m not sure if it was arrogance or naivety.   Whatever it was, it wasn’t that endearing.

So, when Jesus goes on to make his startling demand, we may find it easy judge him for his failure to act.  Sitting here in church today, worshipping God, we have very little in common with the rich young man who wasn’t willing to do what it took to be a follower of Jesus.

Okay, neither have we literally sold all we have and given the money to the poor.  But we know that following Jesus might call for sacrifices and we’re still here worshipping.   And, if Jesus were to ask us directly, well we would be willing.  It’s just that he’s never actually asked.

But what if this line of thinking makes us just as deluded as the rich young man we’ve just dismissed?  What if Jesus Christ is asking us to make a life changing sacrifice for the sake of his kingdom, just like he did to that young man, and just like him, we’re not listening?

I want to suggest that if we look more closely at this encounter we’ll find we have more in common than we thought with this young man, even those of us who are neither young, rich nor male.

Let’s start at the beginning, with the young man’s dramatic entrance. Jesus has just set off on a journey when suddenly this young man runs up from nowhere and drops to his knees with his urgent, breathless question, ‘what must I do to inherit eternal life?’.

It’s a good question, an important question.  It is the sort of question that has brought many of us to church. What must I do to inherit eternal life?  How do I make sense of my life?  Is there more to life than this? How can I fill the emptiness I feel inside? Maybe it is the question that brought you here today.

And he brought his question to the right place.  He knelt before Jesus, the ‘Good teacher’.  He recognises in Jesus someone who has the answer to the deepest, most serious questions in his life.

But this is where it seems we part company with our young man.  Who among us today would want to stand before Jesus and say I have kept all of the ten commandments since I was a child?   I suggested earlier that his reply was possibly the result of naivety.  And I can’t help thinking that those of us who are not easily described as young would find it harder to make such a claim.  But on reflection I think there might have been something more going on than an arrogant young man asserting his goodness.

I think that the reason he thought he had kept all the commandments from his youth - that he was, in effect, perfect - was because his understanding of what God required of him was so limited and culturally conditioned that he could live a life that was perfectly pleasing to God without doing anything uncomfortable at all. He had grown up in a culture where it was commonly believed that God rewarded moral goodness with material wealth.  Our young man was wealthy, so he must be good!  It was a society where, for most people, pleasing God only required them not to do bad things.  If our young man was careful, and tried hard, he could avoid doing the obviously bad things. But if he avoided the really obvious sins - adultery, murder and the like – he could live the rest of his life pretty much as he liked.

I think this is why, when Jesus told him to sell all he had and give it to the poor, he was shocked.

He just wasn’t expecting Jesus to say that he needed to do more.  He certainly wasn’t expecting Jesus to say that.  Sell all his possessions and give them to the poor?  That’s crazy.  Okay, he could afford to be a bit more generous, maybe make some donations at the charity auction.  Or really go big and set-up a family foundation to help the poor?  But just to give away his stuff?  If he did that how would he live?  What would be his place in society?

But he shouldn’t really have been so shocked.  Not really.  If he’d paid attention to what Jesus was saying and taken seriously what he heard, Jesus’ command to him would still have been demanding, but a lot less shocking.  The very first time Jesus spoke in public, he unrolled the scroll in the synagogue and read, ‘The Spirit of the Lord is upon me, because he has anointed to bring good news to the poor,  He has sent me to proclaim release to the captives and recovery of sight to the blind, to let the oppressed go free, to proclaim the year of the Lord’s favour.’

God’s concern for the poor wasn’t a secret. The Hebrew scriptures, our Old Testament, that this man knew so well are literally littered with stories, commands, rules, prophecies and poetry about God’s concern for the poor, for his desire that people live together in a society where everyone flourishes, and where the sick, the weak and the vulnerable are supported. The rich young man just couldn’t see what had been hiding in plain sight.

I think that is why Jesus told his disciples that is hard for the rich to enter the kingdom of God.  The rules of kingdom of earth are decided by those with power - the successful, the rich, those with privilege.  If society as it is works well for you, it becomes harder to believe that there is something wrong.  It makes you less likely to notice the more radical message of God.

So what if we - you and I - are like the young man, and our culture has made it hard for us really to hear, understand and accept and be changed by Jesus’ message about the Kingdom of God?  What message from God might we have been blind to because it didn’t suit our society and culture?  Last week, Ben set out in stark terms the danger our planet faces because of the climate emergency.  We all know how slow, not just politicians, and society, but also churches have been to recognise the danger and accept our responsibility to protect the earth.

We have been slow to recognise what is hiding in plain sight - that the Kingdom of God that Jesus came to bring is a place of mutual flourishing, yes for all people, but also for all things, for all of human creation and for all of non-human creation.

Now I’ve come to realise the real and present danger of climate change I’ve started to notice in a new way that the bible is also littered with stories, commands, rules, prophecies and poetry about God’s love for and commitment to the whole creation.  And it’s not just me.  Last week Ben shared that he noticed for the first time that in the great commission in Mark 16 Jesus commands his disciples to into all world and proclaim the Good News to all creation.  Then a few days later in the morning prayer lectionary I read that God told Jonah he saved the city of Nineveh from destruction not just because he cared about the people but to spare all the animals too.

It’s like having a filter taken off your eyes.  The whole of scripture sings out God’s love for all his creation.  And in the apostle Paul’s magnificent hymn to Jesus in Colossians chapter one, he acknowledges Jesus’ place at the heart of God’s creative act, ‘He is the image of the invisible God, the firstborn of all creation; 16 for in[h] him all things in heaven and on earth were created, things visible and invisible, whether thrones or dominions or rulers or powers—all things have been created through him and for him’.  But not just that, it is through Jesus that ‘God was pleased to reconcile to himself all things, whether on earth or in heaven, by making peace through the blood of his cross.’

To follow Jesus is to love what he loves, to care for what he cares about, to be part of his great work of bringing the kingdom of God.  And that means not just protecting the planet, but working actively to ensure that the whole of creation can flourish.

We know the climate emergency is urgent.  So if you could run up to Jesus today, kneel before him and ask what must I do to enter the kingdom of God, what do you think he would tell you?  What radical, shocking, lifechanging challenge would he pose to you?  What would he want you to do to ensure the flourishing of all creation that is at the heart of the Kingdom of God?

Maybe when you think about that you feel like the rich young man.  It all sounds too shocking, too hard.  And it is hard.  But before you too walk away sad, let’s go back and remind ourselves what motivated Jesus to speak as he did to the young man.  Mark tells us that after the young man told Jesus that he had kept all the commandments Jesus looked at him, not with anger, judgment or even frustration.  Mark says Jesus looked at him and loved him.  When Jesus asked him do this shocking and difficult thing it wasn’t just because he wanted to see the flourishing for the poor or even for the planet, it was because he wanted the young man to flourish too.  Because he loved him too.

And when Jesus looks at you he looks with that same look of love.